Is there a risk of skin cancer to you? Your eyes will show ...

Eye color is directly related to the risk of some skin diseases, say scientists. 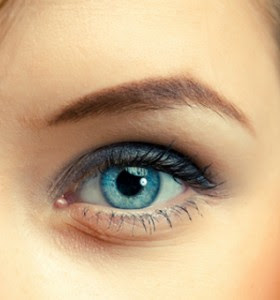 Results of study show that people with blue eyes are less likely to develop vitiligo, and those with brown eyes are less threatened by the most dangerous form of skin cancer - melanoma.

From a genetic standpoint vitiligo and melanoma are the opposite, says researcher Dr. Richard molding School of Medicine, University of Colorado. According to experts the same genetic variations in some people increases the risk of vitiligo, while others reduce the risk of skin cancer, and vice versa.

Vitiligo is an autoimmune disease where the body attacks healthy pigment cells. It was found that it increases the risk of developing other autoimmune diseases such as type 1 diabetes, rheumatoid arthritis, lupus and others.

For the study researchers analyzed the genes associated with vitiligo, where over 3,000 people with skin problems.

The results show that the disease is less common in people with blue eyes and a higher risk of disease are at those dark eyes. It turns out that sufferers of skin disease, only 27% were blue-eyed, 43% have brown eyes and 30% with green or hazel eyes.

According to researchers, vitiligo is caused by mutation of certain genes, which, however, prevents the development of melanoma.