Celery - a valuable source of vitamins and antioxidants 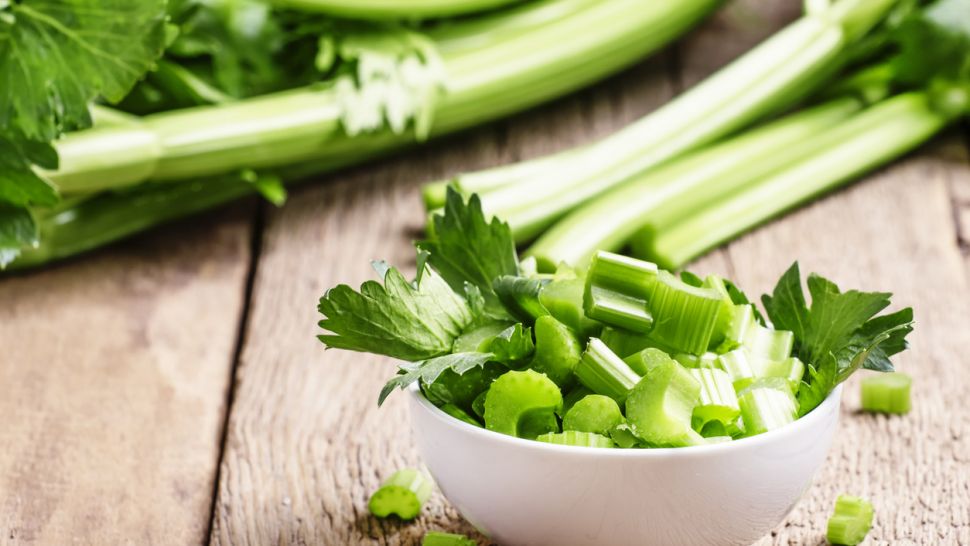 Celery is low in calories, making it ideal for a weight control diet . It contains many antioxidants that are valuable for the prevention of cancer.

Celery is a rich source of vitamins , including:

Many studies have shown that a high consumption of fruits and vegetables reduces the risk of cardiovascular disease, some cancers and chronic diseases. Part of this effect is due to the high content of antioxidants . Some of the ingredients in celery, for example polyacetylenes , have been found to reduce the reproduction and growth of various types of cancer cells. Celery is also rich in lutein - a strong antioxidant from the carotenoid family, which significantly lowers the risk of developing colon cancer before the age of 67.

Celery seeds have also been shown to have a protective effect against the formation of cancer cells in the liver. Both the seeds and leaves of celery contain some types of polyacetylenes in significant amounts. These substances were previously thought to be harmful to health. Some polyacetylenes have already been found to have anti-inflammatory and antibacterial effects. They also reduce the growth of cancer cells. Celery seeds also contain apigenin , a powerful antioxidant that prevents the appearance of tumors. age.

Despite all the benefits of celery, it is also considered a potential allergen and can cause an allergic reaction directed against certain proteins that are found in a wide range of fruits, vegetables and nuts. This condition affects patients who are allergic to pollen and is often preceded by hay fever. In this situation, the consumption of raw celery can lead to an immunological reaction , which is expressed by itching, discomfort, burning sensation.