What are the health benefits of garlic? 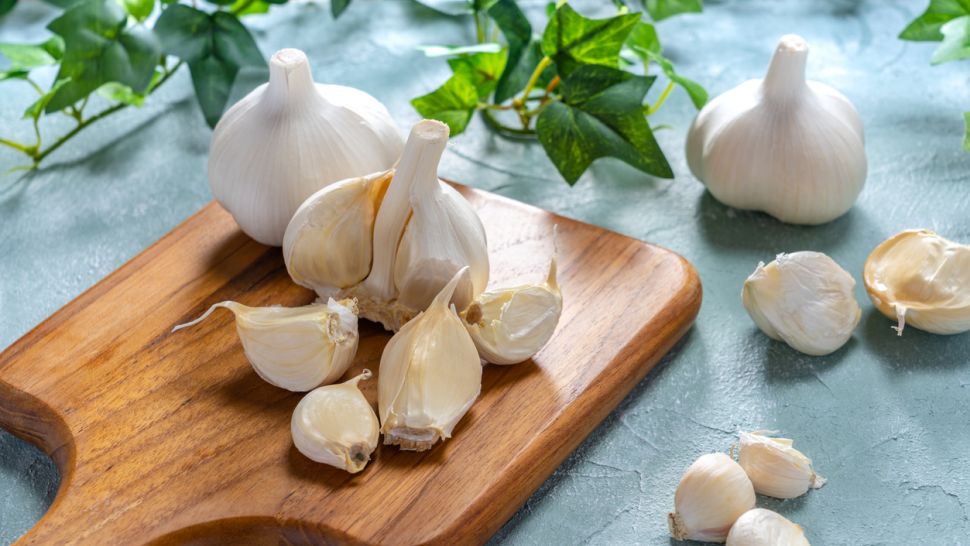 Prospective and epidemiological studies have shown that a high consumption of fruits and vegetables reduces the risk of cardiovascular diseases , some types of cancer and other chronic diseases. It has been found that the consumption of vegetables such as  garlic , onions, chives, spring onions, leeks has a protective effect against many different diseases.

Garlic  slows down the development of some types of cancer, as it protects the body from the action of  carcinogens , but also prevents the growth of cancer cells . Garlic contains sulfur-rich compounds that give it its protective properties. Two cloves of garlic a day supplies the necessary substances that have an anti-carcinogenic effect. A meta-analysis of 18 epidemiological studies published between 1966 and 1999 showed a 30% reduction in the risk of colorectal cancer and about a 50% reduction in the risk of stomach cancer with high garlic consumption - an average of 18g of raw or cooked garlic per week - six cloves.

The American Heart Association -  AHA recommends a high consumption of fruits and vegetables, as well as consumption of whole grain cereal products and low-fat dairy products in order to protect cardiovascular health . Garlic is a food with a cardioprotective effect, along with nuts, soy, legumes and tea, and therefore its consumption is recommended for the prevention of cardiovascular diseases. The studies that evaluated the effect of garlic on the risk factors for cardiovascular disease - blood pressure, cholesterol levels and blood sugar - were conducted with a pyrem of garlic supplements or extracts to evaluate the effect of the active ingredients. Studies have shown a slight decrease in levels ofcholesterol and triglycerides in the blood. Other studies have followed the effect of consuming 3 g and 10 g of fresh garlic daily for 16 and 8 weeks, respectively, on total cholesterol levels. The results showed that daily consumption equivalent to 2 g to 5 g of raw garlic or 10 g to 15 g of cooked garlic was necessary to reduce cardiovascular risk and levels of total cholesterol and triglycerides.

Garlic is traditionally used for its antimicrobial properties and to treat certain infections . A study followed the effects of high consumption of garlic - more than 5 kg per year per person - four to five cloves of garlic per day and showed a slight reduction in Helicobacter pylori infections . Other studies have shown that garlic helps prevent colds . Another study compared two groups of participants: one took a garlic supplement and the other took a placebo for 12 weeks during the winter season. Participants who took a garlic supplement had fewer coldscompared to those who took a placebo. In those who took garlic supplements, cold symptoms went away faster.

Antioxidants are compounds that protect cells in the body from damage caused by free radicals - highly reactive molecules that are important in the development of cardiovascular diseases, some types of cancer and other diseases related to the aging process . Garlic is a rich source of various antioxidant compounds such as flavonoids and tocopherols, in addition to sulfur compounds that also contribute to its antioxidant activity.