Peppers strengthen the immune system and are a source of antioxidants 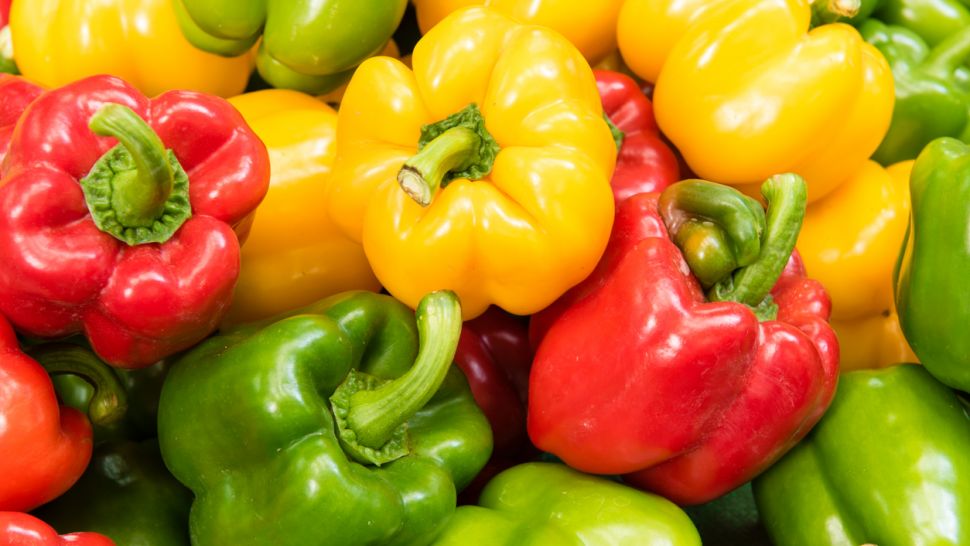 Peppers are rich in antioxidants  that protect cells from damage caused by free radicals - these are very reactive molecules that are involved in the development of cardiovascular diseases, some types of cancer and others related to aging . The content of antioxidants in peppers depends on their stage of ripening, but also on the origin, season and growing conditions. Green and red peppers contain different amounts of several types of antioxidants such as carotenoids and flavonoids. Red peppers contain more antioxidants than green peppers.

Raw green and yellow peppers are valuable sources of manganese . Manganese acts as a cofactor for several enzymes involved in various metabolic processes. It also prevents oxidative stress. Peppers are a good source of copper, which is a component of several enzymes necessary for the formation of hemoglobin and collagen.

Red pepper is an excellent source of vitamin A, which performs several important functions in the body. It stimulates the growth of bones and teeth, keeps the skin healthy and protects against infections . It also has antioxidant properties and helps with good vision, especially in the dark. Green peppers are rich in vitamin K, which is necessary for the production of blood clotting factors . It is also important for bone formation. Vitamin K is also produced by bacteria present in the gut flora, so deficiencies rarely occur.

Peppers are excellent sources of vitamin C,  the content of which increases during ripening and is approximately twice as high in red peppers as in green peppers that have not reached full maturity. Vitamin C has antioxidant properties and reduces oxidation and inflammation in the body, which has a protective effect against the onset of some degenerative diseases associated with aging .

Red peppers have a high content of vitamin B2, also known as riboflavin - it has an important role in the energy metabolism of all cells, favors the growth and repair of tissues, the production of hormones and the formation of red blood cells. Red and yellow peppers are sources of vitamin B3, also known as niacin, which is involved in many metabolic reactions and contributes to the production of energy from the carbohydrates, lipids, proteins we consume, as well as to the formation of DNA, which allows normal growth and development of the organism.

Red peppers are a valuable source of pantothenic acid - vitamin B5, which is part of a key coenzyme that allows us to properly use the energy contained in the food we consume. It is also involved in some of the stages of the production of steroid hormones , neurotransmitters and hemoglobin.

Peppers also contain vitamin B6 - pyridoxine, which is involved in the production of neurotransmitters, contributes to the production of red blood cells and favors the transfer of oxygen. Pyridoxine is also necessary for the conversion of glycogen into glucose and contributes to the proper functioning of the immune system . Apart from everything else, peppers are also rich in folic acid - vitamin B9, which is involved in the production of all cells in the body, including red blood cells. It is important for the synthesis of genetic material - DNA, RNA, as well as for the functioning of the nervous and immune systems, as well as for wound healing processes.